This post may contain affiliate links for your convenience. That means that if you make a purchase, I will receive a small commission at no extra cost to you. Read more here.

The polar opposite of minimalism is maximalism, but as it turns out there are even more styles of design, lifestyles, and aesthetics that could be considered “anti-minimalist”. But who are these people embracing the idea that “more is more” over the “less is more” philosophy of minimalism and what drives them to do so?

Here are four possible answers to the question: “What is the opposite of a minimalist?”

Remember, none of these lifestyles are inherently right nor wrong, but rather facets representing the inverse sides of the same coin.

However, not all of these are necessarily conscious choices nor healthy for the practitioner – read more to find out why!

Minimalism and the opposite of minimalism?

Before we dive into the opposite of minimalism, it’s important to get clear on what minimalism is.

For a minimalist, less is more. They focus on removing the non-essential in their life and surrounding themselves with that which they love, use, and need.

A minimalist person goes for quality over quantity, simplicity over complexity, and intentionality over unintentionally. Therefore, any aesthetic or lifestyle that contradicts the minimalist philosophy can also be viewed as the opposite of minimalism.

Here are four words that are the polar or partial opposites of minimalism.

READ MORE: What is Minimalism? 10 Simple Principles for Beginner Minimalists

Maximalism has a long history and for a while was regarded as a privilege of the wealthy, who wanted a way to showcase their riches. It is an aesthetic that celebrates excess, luxury, and grandeur. Unlike minimalists, maximalist believes that more is more.

The maximalist home design is loud and attention-grabbing, with bold colors, shapes, exaggerated objects, and textures. Every inch of space is used for display – an attempt to showcase their colorful personality to others.

Maximalist extravagance and exclusivity are also celebrated in luxury fashions – brands such as Dolce & Gabbana, Louis Vuitton, and the like lean towards maximalism. The mission is to be seen, marveled at, desired, and envied.

By contrast, minimalism in fashion, the arts, and interior design is characterized by neutral colors, clear lines, and clutter-free spaces. Minimalist homes seek to mindfully reduce visual clutter and create an atmosphere of cozy tranquility and Zen.

READ MORE: What is Extreme Minimalism – and Is It Good or Bad?

Materialism as a practice should not be confused with the philosophy of materialism, which is a scientific philosophical monism stating that everything that is or was can be explained in terms of space and matter.

Rather, a materialistic person is someone who prioritizes material possessions over everything else. For a materialist, acquiring stuff brings happiness and a sense of life satisfaction. They believe that the more they have, the better they will feel.

What’s so wrong with being a materialist? Aren’t most of us materialistic to some degree?

While there is nothing inherently wrong with enjoying the good things in life, too much of a good thing can be bad for you. Often in their pursuit of money, material things, and physical comfort, a materialist ends up neglecting spiritual, societal, and environmental values and concerns.

Also, contrary to their belief that having more will make them happier, research actually shows that materialism is often associated with lower self-esteem and less life satisfaction.

This pursuit and glorification of more can lead to a hamster wheel of compulsive spending, debt, and bad relationships, aka keeping up with the Joneses.

READ MORE: 10 Characteristics of Materialistic People (and WHY They’re So Unhappy)

Cluttercore is a relatively new interior design trend popularized on TikTok, which has since started to gain steam elsewhere. The cluttercore aesthetic could be considered a subgenre of maximalism.

People who love cluttercore gleefully describe their aesthetic to be “A minimalist’s worst nightmare.”

While maximalism dates back to the 1970s, cluttercore is a more modern aesthetic originating in social media. At a glance, cluttercore feels younger, fresher, and more playful than maximalism.

As of the time of this writing, over 58.5 million videos have been shared with the hashtag “cluttercore” on TikTok, and 25.9k photos and videos tagged on Instagram. Mushrooms, anime characters, lush plants, dreamy pastels, and fairy lights or baubles are common themes in cluttercore.

It’s less about carefully creating balance and more about joyfully piling up your cherished treasures into a jumble of brick-a-brack.

Hoarding isn’t a trend in the sense of being about aesthetics or popularity but in the sense that it’s becoming increasingly common – and getting worse! Studies show that compulsive hoarding affects up to 6% of the American population, around 19 million people, and is twice as common as obsessive-compulsive disorder.

While minimalism focuses on creating an intentional life and reducing the non-essential, a hoarder’s home is usually filled with junk and clutter accumulated over the years. Hoarders are compelled to collect and hang onto things, even when those things are of no real value.

Many people have at least some hoarding tendencies – it’s part of human nature to want to hang on to things that have sentimental value or that we think we might need someday.

But for some people, the urge to hoard is so strong that it takes over their lives and creates serious problems.

Hoarding disorder was added as a new mental disorder to the DSM-5 in December of 2012. It’s important to know that hoarders feel out of control when it comes to their hoarding behaviors and experience high levels of distress at the thought of getting rid of them.

Hence, hoarding is not a philosophy, aesthetic, or style but rather a mental health condition that can be difficult to overcome because it’s often rooted in deep-seated emotional issues.

Final Thoughts on the opposite of a minimalist

At each end of the spectrum, both minimalism and maximalism can to be too extreme for most people. I consider myself a minimalist, but I’m not too fond of extremes showcasing minimalists as weirdos who live in empty rooms, sit on the floor, and wear only neutral colors.

For me, minimalism is a way of life that is fun, sustainable, and very intentional. It’s a balanced lifestyle that is both unique and practical, without being too over-the-top or boring. (You can read more about the difference between the minimalist aesthetic and lifestyle here.)

There is nothing wrong with a maximalist or materialist lifestyle, wanting to make bold and unapologetic choices, or owning things you love. However, the path to lasting happiness and finding meaning and purpose in your life shouldn’t revolve around those things.

That’s why I believe that understanding the opposite of minimalism matters. It teaches us that – for some of us – minimalism is a better choice than the alternatives.

So ask yourself this: how can you make room for more of what matters to you?

Minimalism changed my life and I believe it can change yours as well.

Join me if you're ready to conquer your clutter and simplify your way to a life you love! 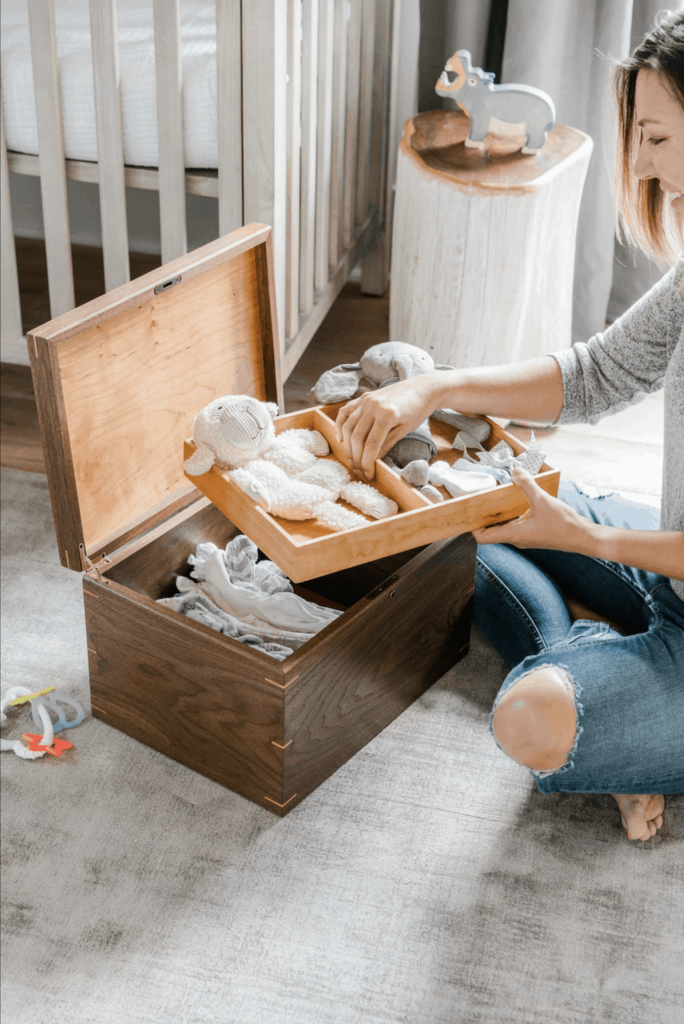 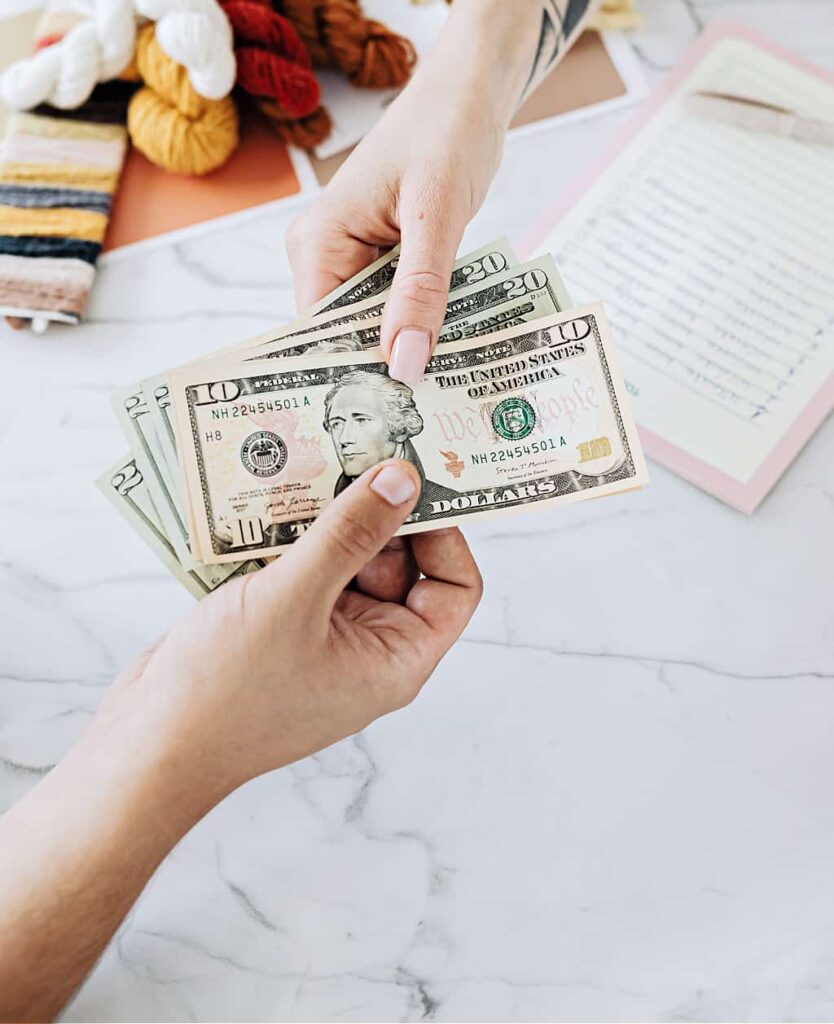 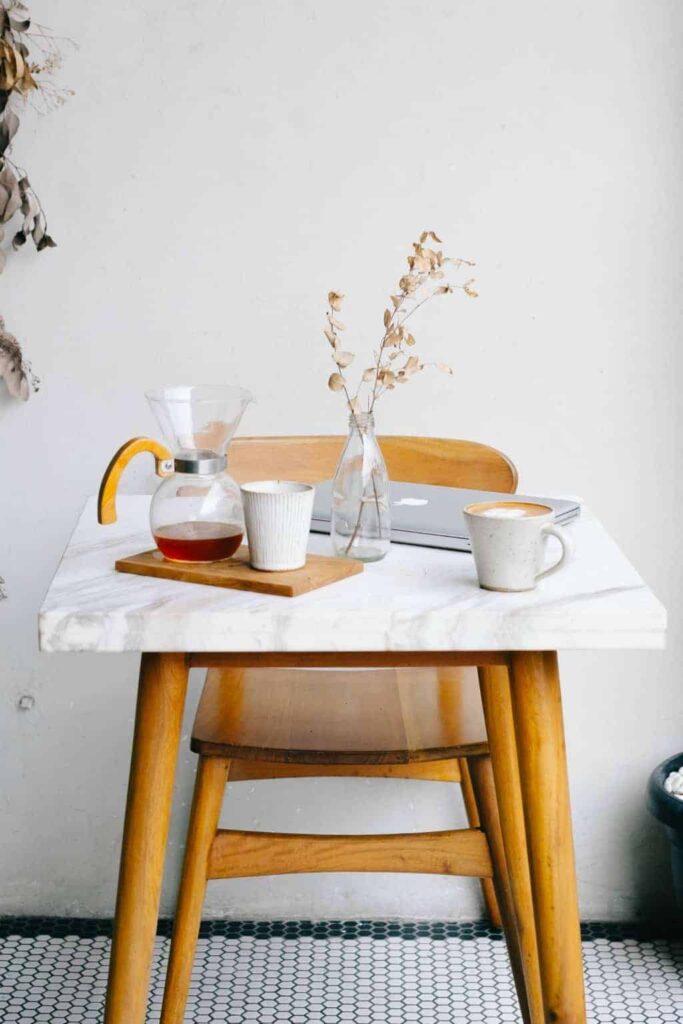